After almost eight years in satellite radio, Jackson Bull discusses the difficulty of defining hits and how SiriusXM is carving out its place in the digital music business.

How do you define a hit?

For Jackson Bull, a former SiriusXM Program Director who spent the last 7+ years working with many of the company's 1K+ satellite radio stations, it's easier said than done.

When you start using the word "hit," that gets so arbitrary, and there are so many different variables, especially nowadays, but ultimately, a hit is defined as, "Is it familiar? What's the burn rate?"

These days, there are also a ton of data points to consider in this definition, not least of which is: How quickly is a song growing?

How do I know that this song is really sticking? From the moment I put this song into rotation to now, how fast did it grow? Velocity metrics, or how quickly it [the song] grew, that KPI [Key Performance Indicator] is so much more important than total streams. Eventually, if you're an artist and you release a song, it will get to a million streams. It might take you a million years, but eventually, it will get there. But if you can get to a million streams from zero faster than Artist B, then obviously Artist A is much more influential.

In other words, in the streaming economy, it's not just sales revenue that determines the hits anymore, it's also data performance. And it's on that rapidly shifting landscape where satellite radio is firming up its foothold. It started with the Sirius and XM merger in 2011, continued with the Pandora acquisition in 2018, and is showing no signs of abatement thanks to huge deals with major car manufacturers and a mobile/smart speaker-friendly app.

But it's not just M&A, car penetration, and diversification that sets SiriusXM apart from both terrestrial radio and also streaming platforms like Spotify and Apple Music. According to Bull, it's all about that human element — especially when it comes to SiriusXM channels like Underground Garage and Outlaw Country.

What makes those channels special in the way they're curated is a lot of the artists we play have some connection to each other. It's the same with the DJs, or the personalities, as we call them. Our DJs are also artists who play around in that same sphere. You need someone who is of the community who can tell you why it's good, because they are that music.... At Sirius, their job is to filter out all of the crap, and just play the things you might actually dig.... The odds are greater that you might connect to it, too, if there's a community on our platform that you feel like you're a part of ... a community for you that you can latch on to and rely on them for that discovery purpose.

Jackson Bull was at SiriusXM from 2012 to 2019, moving up the ranks from Board Engineer to Program Director and working with stations like Outlaw Country and Underground Garage. Long before that, he was a DJ at his university’s station, WMUH Allentown Radio, and an intern at several industry publications. He has a special place in his heart for film, which he studied during his undergrad years. Recently, he made the glorious return to school to train in data science at Flatiron School in New York City.


Product Update: Finding the 1,000 'Most Important' Radio Stations in the World 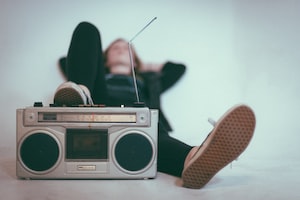