Editor’s Note: As US Women's History Month draws to a close, Chartmetric continues its year of honoring Black artists in the context of what we normally do: nerd out on music, data, and culture.

Our February installment during Black History Month focused on how Black music in Detroit, Memphis, and Baltimore intertwined with a local reality laden with racism and inequality.

This month, we attempt to honor the US National Women's History Month theme for 2021: "Valiant Women of the Vote: Refusing to Be Silenced." While this month's theme addresses women's suffrage, from a data perspective, we can parallel the electoral vote with the music "vote." In other words, we will look at 100 artists that Black women seem to love most, examining how women fare against men in a still male-dominated industry.

Us boss chicks have to continue to stick together and change the game. - Megan Thee Stallion

In an effort to explore gender in the music industry in a more nuanced way, we first filtered our 2.8M+ artist database by those artists that have a majority (50 percent and higher) Black and female Instagram audience.

Some quick facts on the dataset:

As a baseline, let's remember that the music industry, unfortunately, continues to be an old boys' club, though there are signs of change.

With this larger context in mind, here's how both genders compare on various streaming and social media platforms with a majority Black female fandom in mind.

Quick math note: Averages will most likely show the number you're expecting, but will skew toward very big or very small numbers, e.g., Bill Gates walks into a bar, and everyone's average net worth goes up by several billion. Medians are basically the same, except that it will ignore such extreme outliers and find the middle most value out of the bunch. This will be important below.

What's the takeaway? Women are just better at the social media game than men? Platform demographics certainly are a factor: According to a 2019 Pew Research survey, 43 percent of US women and only 31 percent of US men use Instagram regularly. The same study found men's Twitter usage at 24 percent, over women's 21 percent.

However, US women's overall social media use has outpaced US men's since 2009, going from 26 percent to 78 percent of women in 10 years' time, while men went from 26 percent to only 65 percent. It's quite possible that over time, women have simply gotten better at the communication of brand and personality.

For Deezer Fans or Pandora streams, women are losing out to male artists in terms of aggregate sum, averages, and medians. 51 male Deezer profiles add up to 13M Deezer Fans (T.I. leading with 2.3M), while 47 female profiles are only 0.6x that at 8.1M Fans (Mary J. Blige leading women at 1.1M).

It doesn't look any better with Pandora streams either: Women profiles total a cool 23B streams ('90s R&B star Monica leading women with 2.3B streams all-time). While 23B streams are certainly nice, it's only half of the men's aggregate at 46B, again led by rapper T.I. overall at 5.8B streams all-time. It looks even worse in terms of median figures, with women at 252M streams per profile, only 0.4x of the men's median at 627M streams per profile.

With 88 of these 100 artists being from the US, it's worth noting what these platforms mean to the average listener in America. Deezer is available, but it's more of a market leader outside of the US, and Pandora is available in the US alone (at the time of writing). Musically, Deezer focuses on international, domestic repertoire (like in Mexico and Colombia), while Pandora continues to be known primarily for their flagship radio functionality, which gives limited listener choice beyond "seeding" a Pandora radio station.

Whether these peculiarities play into these particular gender gaps is too complex to understand here, but hopefully the gaps will continue to close.

There's a big gray area here in gender gaps, and it plays out with nuance on Spotify and YouTube, two of the world's most relevant music streaming platforms.

The bad news is that this dataset's women artists lose outright on YouTube Channel Views, in terms of sum (25B vs. 18B), average (509M vs. 391M), and median (271M vs. 186M). This doesn't count user-generated content views (UGC), which are surely a huge factor overall. But for whatever reason, YouTube users don't seem to consume content from the female artist YouTube profiles as much as the males'.

On Spotify, men barely have more aggregate followers (55M vs. 52M), but women edge a win on average Spotify followers per profile (1.086M vs. 1.076M) and more decisively on median followers per profile (964K vs. 771K). The differences here are relatively minimal compared to other platforms, so it'd be fair to say the gender gap for this dataset is smallest on Spotify.

However, when it comes to Spotify Monthly Listeners (MLs), women take home the gold with an aggregate 206M MLs vs. men's 187M. Women also achieve a better average (4.3M vs. 3.6M) and median (3.5M vs. 2.2M). Granted, Monthly Listeners is a highly volatile metric, so this could change day to day.

The Gender Gap Is Real, But It Seems To Be Narrowing

We designate certain times in society to recognize people that have both collectively shaped us and also been too often ignored. It's an oxymoron: specifically remember who we regularly forget.

As we've seen in Black women's favorite artists, the gender gap at play here in a mostly Rap and R&B soundscape seems to be wider in some places, with some of those being decisive wins for women in music. There also are spaces that seem almost equal: This will morph depending on genre, platform, and whoever happens to be hot at the time.

Nonetheless, the work toward gender equality is never-ending, and we hope these data suggest that, slowly but surely, that labor is paying off. While this article was written in a "women" versus "men" fashion, we surely need everyone to make those small, everyday decisions to create an equitable music industry together.

In the final part of our regional Latin music series, we cover Latin music genres like Trap Corrido, which evolved through migration and cross-cultural influence. 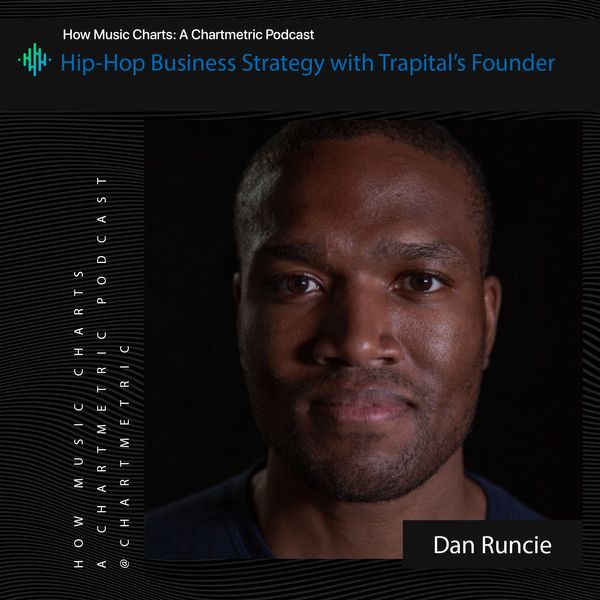 On this episode of How Music Charts, Trapital Founder Dan Runcie breaks down the Hip-Hop business.