After 11 long and chaotic years, anyone who witnessed the infamous One Direction takeover can still hear that painfully catchy chorus like it was yesterday. Landing itself as an instant pop anthem, the line “That’s what makes you beautiful!” was bellowed by the young, teenage version of the icon we know now as Harry Styles.

Today, the impressively successful icon has not only released his third, chart-topping studio album Harry’s House, but he's also headlined one of the largest music gatherings in the world: Coachella. Whether or not you’re a fan of this teen-idol gone Pop star, there’s no denying the impressiveness of his rise. Follow along as we use Chartmetric to dive deep into just how exciting these past few months have been, and how Mr. Styles' post-Coachella data compares to his past releases.

On March 22, 2022, Styles announced the release of Harry’s House via Instagram, immediately generating mass excitement amongst fans — not to mention 110K Instagram followers for him in just one day. Shortly after, the album’s single, “As It Was,” debuted on March 30 and found itself quickly at the top of music charts. Within the two weeks leading up to Coachella, the track had accumulated 165M+ streams on Spotify, 870K+ TikTok posts, and 2M+ views on its accompanying YouTube video.

Styles' strategic release timeline for the album’s single put him in an exciting position for his April 15 and April 22 Coachella performance. While hardcore Harry fans couldn’t wait to see the track performed live for the first time, newer fans were given their first taste of Harry’s House in ways many could only dream of. And a dream it truly was…. Harry’s Coachella sets arguably became the biggest highlight of the entire festival. Filled with fully bedazzled rainbow leotards, funky dance moves, and even a stunning surprise performance with Shania Twain, the internet was buzzing with hype around this historic event.

While other headlining acts such as Billie Eilish, Swedish House Mafia, and The Weeknd undoubtedly put on stellar performances, the growth trends across Styles' platforms certainly spoke for themselves. As we discovered with our recent investigation into the social and streaming growth of Coachella artists in 2022, Harry had increased his monthly Spotify Monthly Listeners from 45M to 65M+ (82%). In terms of Twitter retweets, the icon found himself receiving 100K+ per day during the second weekend of the festival. Even Wikipedia showed evidence of new fan engagement, as his page gained 720K+ views in just 15 days.

Thanks to our unique "Artist Comparison" tool on Chartmetric, we were able to put these stats to the test against Eilish and the other headliners. After generating some helpful graphs and trend lines, it's easy to see that their data does not even come close to the growth Harry experienced following those back-to-back weekends. But, while this feat was certainly impressive for the Pop idol, it was only just the beginning…. *cue Harry’s House soundtrack*

Just when you thought the superstar couldn’t go any higher, the May 20 debut of Harry’s House raised the bar even further. In just a few short days, the record became this summer’s hit record and has landed several tracks atop the Billboard Top 100 and Spotify Top 50 lists, with “As It Was” remaining No. 1 for six weeks in a row. In total, the album received 420M+ streams on Spotify in just one week and had tracks featured in 400K+ different playlists. Styles also currently sits at the No. 1 spot for Billboard’s Artist 100 and has remained there for five consecutive weeks.

But how does the success of Harry’s latest album differ from the release of his previous album Fine Line? To compare the two, we've analyzed both timelines starting two months pre-release and ending one month post-release. Overall, the data showed that the album's lead single "Lights Up" had increased Styles' Monthly Spotify Listeners by 16.4M (206 percent); but while this number is certainly notable, it is only half as much as the 32.8M (102 percent) increase that “As It Was” caused. That said, "Lights Up" did generate more relative growth when compared to Styles' pre-single stats (206%). Similar trends can be seen from the fan engagement received after the album debuts, as Harry’s House helped gain 6.7M Monthly Listeners for Styles (10 percent), while Fine Line helped him gain 5.7M (24 percent).

Fan or not, you can’t deny the remarkable momentum and engagement that Harry achieved in just a few short weeks from both releases – one building upon the other. The strategic timing of both the Harry's House campaign cycle and his timely Coachella sets truly set him up for one of the most thrilling record debuts this decade has seen. In just two months, Styles managed to increase his Spotify Monthly Listeners by 38.3M (114 percent), his YouTube subscribers by 1.2M (10 percent), his TikTok following by 2M (41 percent), and even his Instagram following by 2M (5 percent).

Perhaps it’s too easy to credit all of Harry’s recent success to the release of “As It Was” and two stellar live performances. In many ways, what makes Harry Styles such a versatile superstar is his involvement in areas other than music. In May of 2022, the trailer for Harry’s upcoming film feature Don’t Worry Darling debuted, quickly becoming one of the most anticipated movies of the summer. Styles will also be starring in the romantic drama film My Policeman, set to air on Amazon Prime sometime in October. Apart from these enterprises, who could forget about his role as one of the biggest style icons of our generation? In November of 2021, Harry debuted his beauty brand Pleasing, a company that has become very notable for its vegan and gluten-free products.

Whether you’re watching him live on stage, on screen at the theatre, or even listening through speakers as you binge One Direction’s discography, there’s no question that Harry Styles has established himself as one of the most notable and successful artists of this generation. 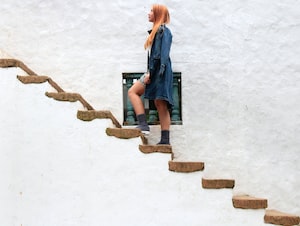