Most recently a VP of Digital Strategy at Sony Music Nashville, where he worked with some of the biggest names in Country, Ed Rivadavia has always been — and still is — a metalhead at heart. Originally from São Paulo, Brazil, he spent much of his early years in Europe and the United States, learning three languages, other than his native Portuguese, along the way.

Ed’s global and multi-genre experience imbues his perspective on digital trends in the music industry with nuance and prescience, and in this episode, we chat with him about Country music, Metal fandom, the future of TikTok, and music industry trends in digital marketing and digital strategy.

What’s particularly interesting about Ed's career is how you can trace the trajectory of the role of marketing in the music industry, from radio promotion or “old media” marketing in the ‘90s, to trying to get a handle on ways to use the internet, or “new media,” in the early 2000s, and then to settling in to what we now know as digital marketing and digital strategy in the 2010s.

From March 2017 until April 2020, Ed oversaw the audience development of Sony Music Nashville artists Miranda Lambert, Tim McGraw, Brad Paisley, Kane Brown, Luke Combs, and Maren Morris. But don't let that recent Country bent fool you — in the mid-80s, Ed had his own Metal fanzine after becoming enamored of British Heavy Metal as a teenager in Milan, Italy.

Country artists, you can walk into a studio, they'll pull out a guitar, they'll jam, and they're ready to go. They don't need too much remixing.... Over the years, and Country was no different, I wouldn't say that being a metalhead necessarily helped me work Metal records more effectively than other genres. In fact, it may have hindered, because I had more preconceptions than what I had to learn to work a Christina Aguilera record or a Whitney Houston record.... Metal's in a funny spot. Most vital youth music ... is about music that allows kids to rebel against their parents. Metal is one of the ultimate underground anti- genres.... Metal actually belongs in the underground, and only gets corrupted when it becomes very popular, as happened in the Hair Metal and Nu-Metal era. There's a ton of great Metal out there, it's just flying under the mainstream radar.

While Pop and Hip-Hop rule the day on streaming services right now, TikTok — so long as it remains available in particular markets — can potentially offer unique opportunities for more niche consumption to take hold. According to Ed, that's largely because young consumers are continuing to democratize the music industry.

Everybody's talking about TikTok these days. Consumers on TikTok ... generally very young consumers ... they don't know format, they don't know age. You got hits breaking out of TikTok that are 40 years old, and many more that would have never landed on a major label in the first place.... Consumers are basically determining that. Some of the biggest songs that have broken out of TikTok aren't in English, and they're from different countries. These kids aren't getting excited about this music based on a full song; it's a 15-second clip. Sometimes it's just gibberish to them ... but it's a great clip that they can create something to, because it's all about a meme. It's meme culture at its best. It's inevitable, as formats and barriers continue to crumble, you're going to have this Western dominance in music ... it's going to continue to erode, and you are going to have more artists from different countries who have global success.... Long-term careers are going to be tougher and tougher, short-term bursts for a lot more artists are going to be a lot more frequent.... I think we're seeing this globalization in effect like never before. 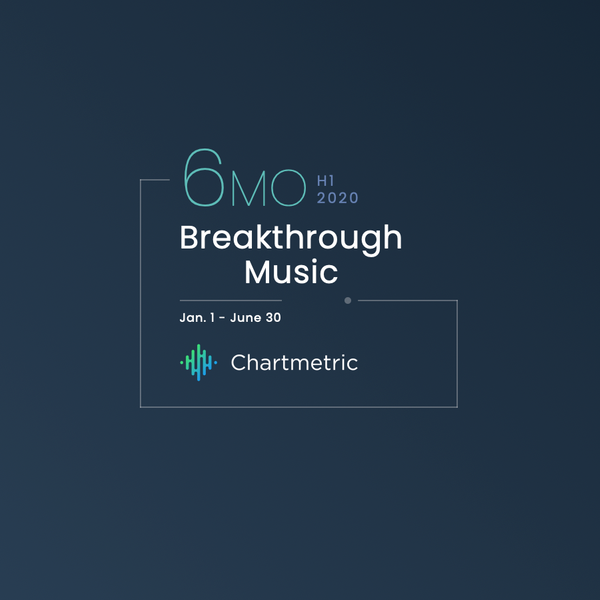 In our latest music industry trends report, 6MO H1 2020: Breakthrough Music, we dive into where new acts are emerging and how older tracks are finding new life on popular platforms ... despite a seismic shift in life as we know it.