It’s accepted wisdom that the impact of music media has greatly diminished over the past decade. Intuitively, it makes sense. When there are millions of people shouting, the voices of a few are drowned out, regardless of how influential or learned those voices may be.

The new gatekeepers that have emerged in this vacuum are virtually anonymous Spotify playlist programmers. This also makes sense. Playlists are the new radio, and they are incredibly effective at getting an artist’s music heard. A “hit” track in Spotify is seeded to playlists that have tens of millions of followers, and an artist can quickly acquire millions of monthly listeners based on these placements.

But not all engagements are created equal, and having people hear your music just isn’t enough. You may be on 1,000 playlists that 15 million users follow, but royalty rates are staggeringly low, and how many of those casual listeners are going to buy your $35 tee or shell out $40 to see you in concert? You don’t just want listeners; you want fans. But how do you get these fans, and what’s the best way for an artist to measure success?

Join us for our 3-minute work week podcast, the “Daily Data Dump”! Available on Apple, Alexa, Google, Spotify and all major platforms.

The answer to the first question is fairly simple. Artists need to forge a deeper connection with their audience. It’s naive to think that it’s just about the music — though, the music is very important, of course. In this landscape, artists need to move beyond merely being a utilitarian service provider — a plier of songs for studying — and construct ongoing narratives that pull listeners into their lives. And, when measuring the success of a campaign, the artist should look beyond short-term track engagements, and look for metrics that measure the effectiveness of this narrative.

There are many different tools and platforms available for artists tell these stories, but one of the most effective remains music media. King Krule is a great example of how this can work. The British singer/songwriter is a product of the post-genre generation — his music combines elements of electronic, hip-hop, jazz, blues, and post-punk for a raw, visceral sound that is erudite, but not consciously so. Krule has consistently been championed by the music intelligentsia — his 2017 album THE OOZ, was chosen as that year’s second best album by Pitchfork — and he has a large, devoted fanbase. A recent show at the 2,200-capacity venue Hammerstein Ballroom was sold out, with tickets fetching triple digits on secondary markets.

This adoration is reflected in his Spotify numbers, in part. As of late May, 2018, King Krule had 809,662 monthly listeners in Spotify, and 300,551 Spotify Fan followers, giving him a .37 follower-to-stream (FtS) ratio, which is the number of Spotify Fan followers divided by his monthly listeners. This is an important metric to consider because it nods towards how deeply artists are connecting with your fanbase.

As a point of comparison, let’s look at Kasbo, an electronic music DJ signed to Odesza’s label Counter Records. As of late May, he has 2,446,559 monthly listeners (nearly triple Krule’s number), and is included on playlists with 14,720,115 followers, yet Kasbo has a mere 70,104 social followers and only 40,453 Spotify Fan followers, giving him a .02 FtS ratio (remember, Krule was at .37). He did sell out his recent NYC show, but he played a 400-person venue, and his tickets cost a fraction of those for Krule.

To an extent, the large gap between the playlist followers of Kasbo and Krule is structural — Spotify playlisting generally privileges big room electronic music over experimental pop, and mainstream music media outlets don’t generally cover electronic artists like Kasbo (for some reason). So, to an extent, this is expected behavior, but it also points to a more strategic effort by Krule to frame and cultivate his narrative through the media.

This is evident when you dig into the Chartmetric’s data. Each of Krule’s single releases that led up to his album follow a certain pattern. He releases a track that is almost immediately picked up and written about in places like Pitchfork or Stereogum, and the track is then added to Spotify’s collection of high-profile playlists. Immediately afterwards Krule sees a significant bump in not only his streaming counts, but in deeper engagements such as fan or social followers.

On August 22nd, 2017, he released the lead-off single “Czech One.” Pitchfork named gave it their prestigious “Best New Music” tag that same day, and, over the next week, it was added to 89 playlists with over 3.4 million followers. This had an immediate impact. His Spotify popularity index — the Chartmetrics data point that measures his overall streams relative to other artists on a scale of 1–100 — shot up from 62 to 64 over the course of the next 10 days. But it also had a pronounced effect on his artist follower count. He gained 3,549 new artist followers in the week following the single’s release, increasing his total from 189,581 to 193,130. This marked a 274% increase in the number of fan acquisitions compared to the previous week, and it also represented a .1% conversion rate from followers of the playlist he was featured on to his own fan follower count.

A .1% conversion rate from playlist followers to artist followers may seem very low, but it’s actually pretty great compared to other artists. Kasbo — who has over twice the monthly listeners as Krule, but 1/8th of the artist followers — released his single “Lay It On Me” on June 28th, 2017. The single had the full support of Spotify, and was included on their New Music Friday (2,614,051 followers) and Young & Free (959,363) playlists. In total, the track was added to 37 playlists with 6.4m million followers.

Perhaps you’re thinking that the playlist conversion rate is a little squishy. After all, artists gain fans by other ways than being discovered on playlists. Yes, that’s precisely the point. King Krule’s stature as a media darling allowed him to tell his story in trusted, third-party sources. It drove people back into Spotify to follow him, and also gave listeners a better context for him when he did show up in Spotify’s vast playlist ecosystem.

Moses Sumney is also a great example of this phenomenon. Like Krule, he’s a post-genre singer-songwriter who’s been widely championed by the music press. He has a .11 FtS ratio, and has been included on 615 playlists with 25m followers, garnering him 47,915 new fans. He hasn’t been quite as skilled at converting listeners into fans as Krule, but he’s still been much more effective than Kasbo.

For Sumney, his best day in terms of gaining new Spotify Fan and Facebook followers was the day after his album was given the “Best New Music” tag in Pitchfork, which came a full week after the albums’ release. In December, when Pitchfork selected his tracks “Quarrel” and “Doom” as two of the best songs of 2017, and named Aromatcism the 6th best album of 2017, Sumney saw a 85% month-to-month increase in Spotify Fan followers from the month of November. The year-end accolades had a measurable and significant impact.

A musician who has been able to straddle both worlds (the critical darling and playlist star) is the R&B singer Kali Uchis. She’s has a large, engaged social media fan base (1.4m total), and is written about and praised fairly extensively (her album, Isolation, was also given “Best New Music” by Pitchfork). As of this writing, she has 2,532,428 monthly listeners, and her tracks were on playlists that had 11,687,420 followers, as where King Krule’s playlists total a (relatively) paltry 1,829,739. But she also has 350,876 followers, giving her a .14 FtS ratio, which isn’t as strong as Krule, but is significantly higher than Kasbo.

This above isn’t entirely a knock against Kasbo. He’s a legit artist. His music is nuanced, catchy, and well-produced, and he’s been able to craft a strategy where he releases a track every couple months or so, each time getting picked up by these large, gatekeeper Spotify playlists at about the same time his previous track is being taken off. His Spotify Popularity Index peaked at 69 (it’s, at the time of this writing, at 68), which puts him in the upper echelon of the newer crop of EDM artist. Once again, the problem with him may be more structural. EDM artists have a powerful microphone via Spotify playlists, but those playlists are more utilitarian, and the artist on them struggle to gain mainstream media attention. Still, it’s important to understand what path he’s on, and to make the decisions that best impact that trajectory.

Pop in, say hi to us on all social platforms @chartmetric! 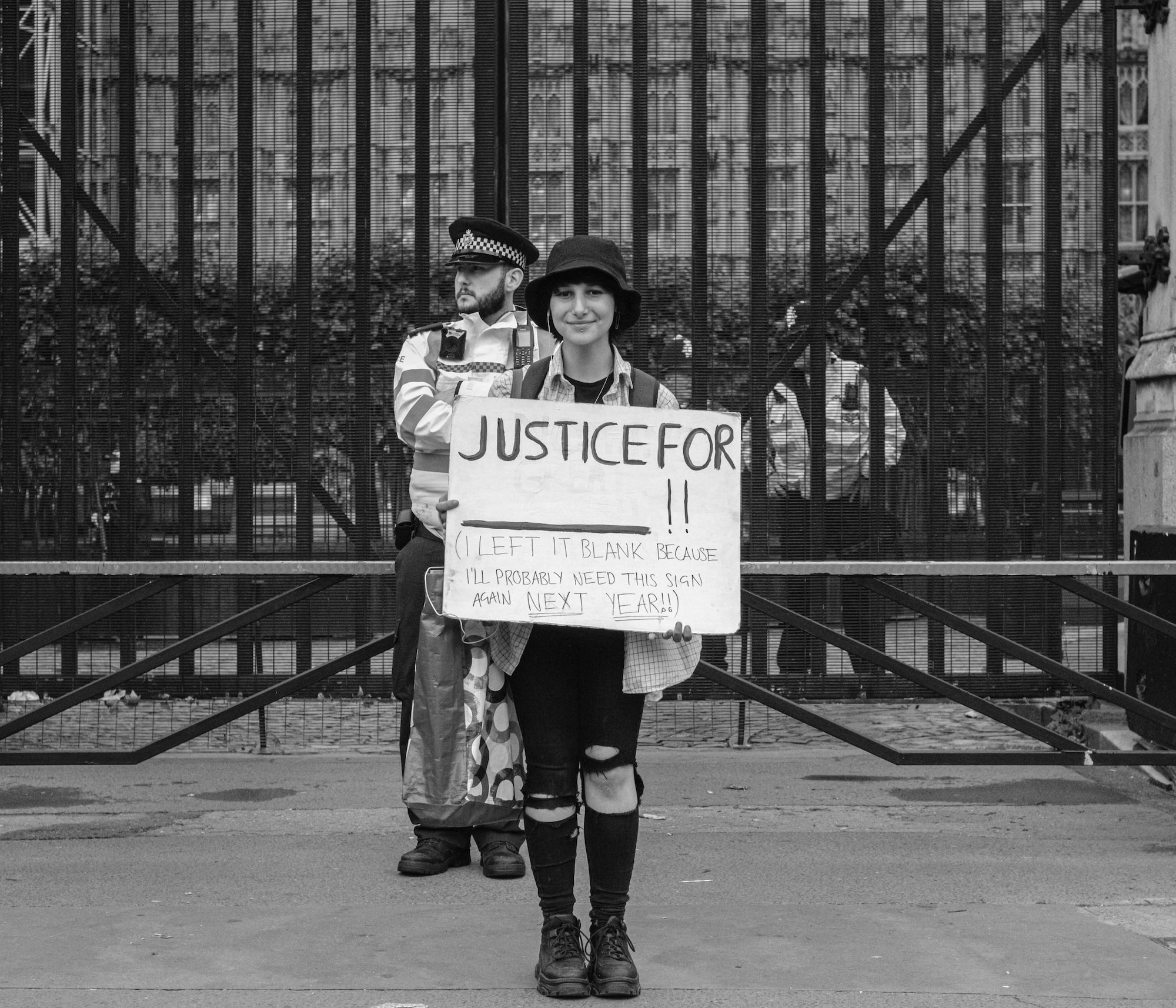 Our new 6MO report and artist pronoun database are our first steps toward creating a platform for gender equity and gender equality in the music industry.

Components' Andrew Thompson explores the relationship between an artist's Spotify followers and their Spotify monthly listeners to determine how instructive Spotify follower ratio can be for monitoring artist growth and fan engagement.

Your audience isn't always in your own backyard. Learn how to promote your music in the Southeast Asian Trigger Cities that have helped launch the music careers of stars.