How to Promote Your Music in Southeast Asian Trigger Cities

Your audience isn't always in your own backyard. Learn how to promote your music in the Southeast Asian Trigger Cities that have helped launch the music careers of stars. Editor's Note: Adam Kanwal is a guest How Music Charts contributor by way of Cornell University and Shifted Recording. As of May 2021, Kanwal is a freelance Digital Marketing and Analytics Consultant who has worked with Amorphous, Still Woozy, Remi Wolf, Suzuki Saint, and Miss Madeline to analyze TikTok and YouTube trajectories and build ground-up campaigns.

At this point, it’s no secret that Western artists can blow up in Southeast Asia. Hit the About tab on any of your favorite Western Pop artists’ Spotify pages and you’ll see that Jakarta, Manila, and Quezon City are home to unusually high proportions of fans. These cities have been called Trigger Cities, because they can trigger unusually high streaming growth and viewership for Western artists.

Chartmetric has been writing about Trigger Cities since Chief Commercial Officer Chaz Jenkins coined the concept in 2018. In their recent 6MO report, Chartmetric expanded on Jenkins’ idea and explained what quantitative factors characterize a Trigger City, identifying streaming breadth as the primary factor that distinguishes high-streaming cities from Trigger Cities. Fans in Agra, India, for example, might stream the highest numbers on YouTube, but their streams are concentrated on a small number of local artists. In contrast, fans in Jakarta or Manila not only tend to listen to music a lot, but they also listen to a lot of music.

As a young, multicultural individual helping labels launch influencer marketing campaigns for small independent artists and global superstars alike, I decided I would try to put the Trigger City concept to the test. Here's what I learned.

Don’t just throw sh-- against the wall. Nothing will stick!

When I first read about Trigger Cities in Southeast Asia, I was getting my feet wet as a digital marketing intern for a high-profile recording studio based in Brooklyn. I had been struggling to figure out how to increase streaming and TikTok numbers for a few relatively unknown artists.

Trigger Cities posed a solution: If I could break these artists through influencer marketing in Manila or Jakarta, perhaps I could get more bang for my buck. Instead of conducting a micro-influencer campaign in the U.S., I thought, let me try doing it in the Philippines — where clicks are cheaper.

For one female Hyperpop artist, I started supplementing my influencer sheets with additional TikTok and YouTube influencers based in Southeast Asia. After speaking with many Filipino and Indonesian locals, I started to gain a broad understanding of which micro-influencers were trending up. I reached out to 100+, getting responses from just a few (a common occurrence among music marketing professionals). Once I negotiated deals with a few influencers and set up the releases, I watched the clock for a week. There was no substantial change.

In retrospect, these actions represented a serious misunderstanding of the Trigger Cities concept. After delving into the audience data of several look-alike artists, I found that Southeast Asian cities were not highly represented. For example, for Slayyyter, a similar female Hyperpop artist, only 469 Youtube subscribers came from the Philippines. The music didn’t match the audience.

This highlights an important point about the construction of Trigger City marketing campaigns: You can’t just throw a song at the wall and hope it sticks. The range of popular genre preferences in various Southeast Asian cities have been sculpted through years of historical and sociocultural phenomena. For example, the popularity of Western Slow Pop in the Philippines is due in part to the early historical fusion of Filipino Romantic Folk music and American Pop.

After the United States colonized the Philippines, the energy in traditional Kundiman folk songs was fused with that of commercial American love songs, and the early roots of Pinoy Pop emerged. Pinoy Pop often seeks to express love through a tender, yearning sound, and so it makes sense that tender songs like Pinksweat$ “Honesty” (rather than edgy songs like Slayyyter’s “Daddy AF”) would have gained popularity in Manila. But even this explanation is oversimplified. Culture is always evolving. Therefore data and Google searches can only tell us so much. When in doubt about whether your artist’s music might have a potential fanbase in Southeast Asia, the best thing you can do is ask some experienced locals!

Know your cost per view.

A few months ago, I started building an influencer campaign for a globally renowned artist with 25M+ monthly listeners on Spotify. Working as a private consultant for a digital marketing and distribution company, it was my job to find influencers that could best contribute to the virality of his upcoming single. I contacted seven large YouTube cover artists, each of whom gave me a price between $1K and $3K, depending on the size of their follower base. The total cost of the campaign was expected to be around $10K — a relatively low number as far as large YouTube influencer campaigns go.

As Chartmetric elucidates in their last 6MO report, the reason that Jakarta and Manila are attractive to music marketing professionals is because Cost Per Click (CPC) tends to be lower than there than in industry hubs.

In order to estimate how much to pay influencers, I use a slightly different statistic: Cost Per View (CPV). CPV is the amount a YouTuber makes off of each view. This too varies by region. If an influencer consistently achieves 500K views per video, and all of their viewers are in the United States, where CPV is $.03275, then they would expect to average a whopping $16,375 per video. If their promotional video featuring my content flops, they would make close to nothing off of YouTube monetization. In that case, they would want to hedge their risk by charging the brand/artist at least $16,375.

Therefore, a good rule of thumb is to try to get an influencer’s individual CPV down to or below YouTube’s local CPV. Lucky for us, the local CPV in the Philippines is only about 7 percent of what it is in the United States. So if that same influencer happens to get all of their 500K views from the Philippines, then they have a CPV of only $1,146! By that logic, I should shoot to pay each of my Filipino 500K-view influencers roughly $1K. Using that number, I was able to pick my spread wisely and execute a cost effective Trigger City campaign!

In Chartmetric’s article on Southeast Asian Trigger Cities, Jason Joven cites K-391's success via covers and lyric videos of Alan Walker’s “Lily." Another artist whose success in Southeast Asia has been elevated through cover videos is Pink Sweat$.

Southeast Asians make up almost 40 percent of Pink Sweat$’ YouTube subscribers. Since his release of  “At My Worst” in September 2020, Pink Sweat$ has seen an increase of about 20M in YouTube channel views. This represents his fastest viewer increase since he started posting music on YouTube.

One of the first cover videos for "At My Worst" was posted by Filipino singer Arabelle Fegcan. With only 26K YouTube subscribers, her cover has managed to garner almost 1M views to date. Since this video, hundreds more YouTube covers of "At My Worst" have been posted by YouTubers based in the Philippines, Thailand, and Indonesia, some garnering as many as Pink Sweat$ own live version. Josephine Alexandra, another Filipino YouTuber, posted a version of "At My Worst" played exclusively on acoustic guitar, which has garnered almost 2.5M views in five months.

Why are covers so contagious in Southeast Asia? Obviously, this is a multi-faceted question, but it is likely due in part to the more collectivist orientation of Southeast Asian cultures. Some researchers have suggested that individuals from more collectivistic cultures tend to view music as something to be enjoyed communally, rather than individually.

Regardless of the reason, case studies like K-391/Alan Walker and Pink Sweat$ suggest that cover videos could amplify the effectiveness of an artist’s campaign. To integrate this technique into your plan, I suggest the following steps:

So, let’s say we have all our cards lined up. The music matches — that is, we are working with an artist that makes sociocultural sense and could viably fit into a Southeast Asian city’s soundtrack. We have chosen influencer marketing as our strategy, and we know our CPVs. We plan to target influencers at around 250K views in Manila and Quezon City, so we expect to pay about $600 per influencer. Our primary strategy will be YouTube cover videos, and we hope to repurpose these videos in the future on YouTube and Facebook.

Are we good to go? Not quite. Two of the worst mistakes we can make as marketing professionals in the music industry are 1) spending money only to obtain few results, and 2) failing to properly prepare for partnerships.

Ask yourself these questions: How do we know what influencers to choose? What subtleties in the data are we missing about their demographic audience, and what might these subtleties tell us, on a cultural level, about the success potential of a song? How do we know that our influencers will be reliable? Furthermore, how do we negotiate YouTube monetization splits with cover artists? If a cover artist wants to post on DSPs, what local licensing organizations need to be involved? What do we need to know about the labels and managers we are negotiating with?

These questions point to a common solution: partnerships. Industry professionals in the United States tend to advocate for a “fake it 'til you make it" mentality. While this might work domestically, it will yield limited results in an industry in which we are quite literally foreigners! Lucky for us, there are several reputable organizations devoted to helping international teams navigate Southeast Asian music industries:

Music has a unique ability to traverse cultural boundaries. For those of us interested in expanding the reach of our artists’ music through trigger marketing in Southeast Asia, we should seek to foster rewarding, cross-cultural partnerships.


The Black and Asian Singers Bridging Genre, Culture, and Audience 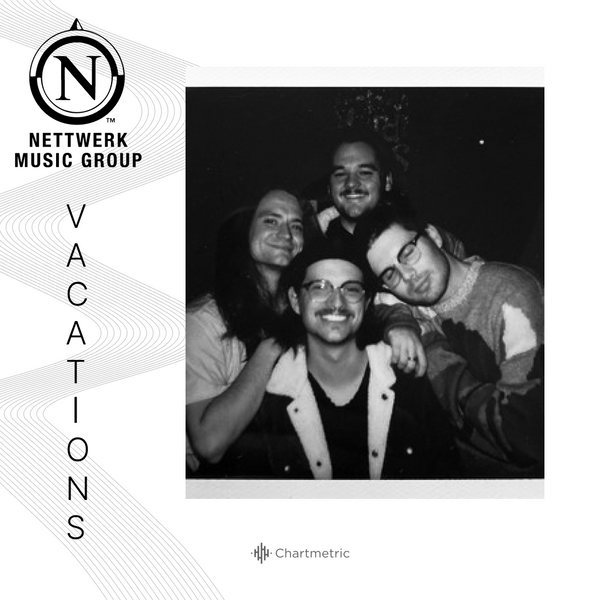 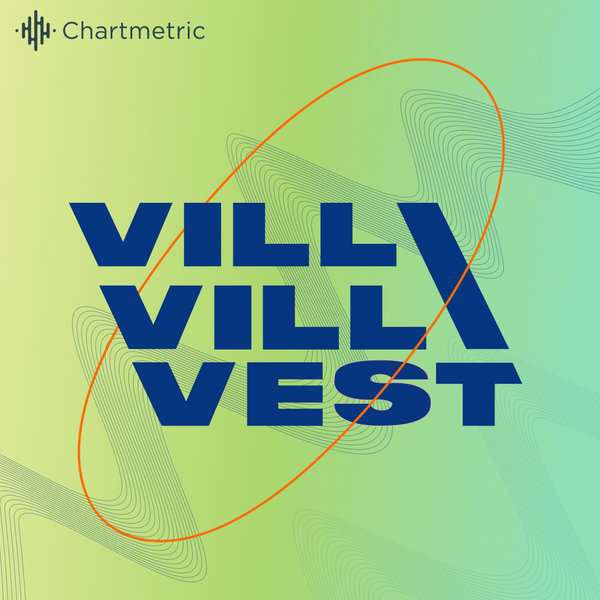 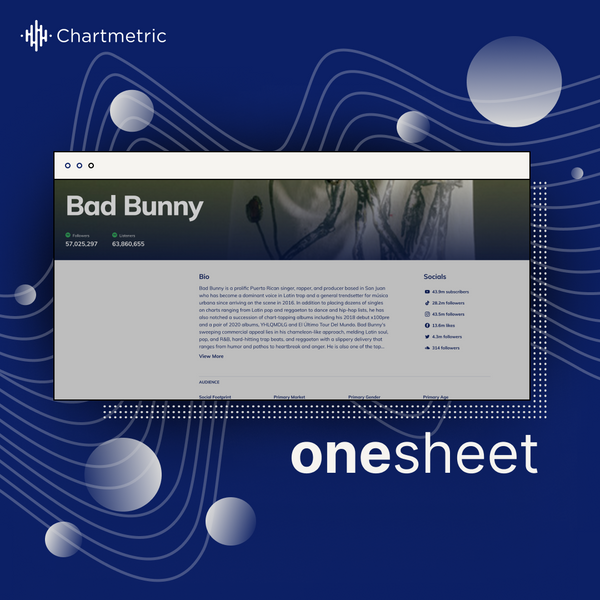 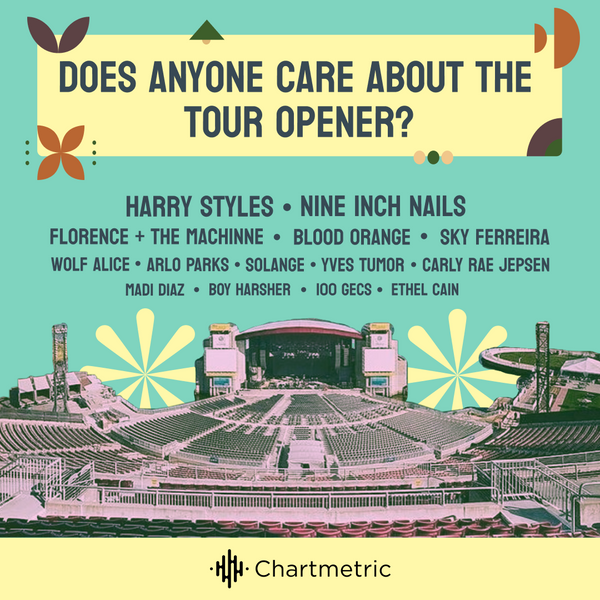