From Polimá Westcoast to Rosalía, Latin artists are increasingly incorporating East Asian cultural references into their music, creating and responding to a growing audience of Latin otakus and K-Pop fans.

When the biggest names in #latintok dance to your song, you know it will go viral and top the charts. Such was the case of “Baby Otaku” by Chilean Latin Trap singer Polimá Westcoast, who has seen an exponential rise in popularity since the track went viral in August 2022. The song, which has been used in 2.2M TikTok videos to date, has titillating lyrics and includes references to the Japanese video game Street Fighter and the South Korean cartoon Pucca, among other Asian hits.

Japanese pop culture seems to be a strong source of inspiration for Westcoast, who released a chart-topping collaboration with J Balvin titled “Kawaii” just a month after “Baby Otaku.” The connecting thread between Westcoast’s latest successes is an upbeat melody paired with provocative lyrics and East Asian references. Kawaii, for instance, is a Japanese term for something cute or pretty. The definition of otaku isn’t as straightforward, as it started as a pejorative term and has gone on to acquire different connotations in Japan and the West, where it’s used to refer to fans of anime, manga, and Japanese culture.

While Asian pop culture and Latin music seem like an unexpected pairing, this cultural hybridization has become extremely popular among Latin artists. In fact, all the current Top 10 artists in the Latin genre—based on Chartmetric Artist Score—have been part of at least one music project that has East Asian references.

J Balvin is well-established in the Latin music sphere and has multiple global hits; nonetheless, “Kawaii” is proving to be one of his strongest collaborations to date. With only one month since its release, the anime-inspired tune is in J Balvin’s Top 20 most popular songs, surpassing some notorious collaborations including “Sal y Perrea” with Daddy Yankee and Sech; “Baila, Baila, Baila” with Daddy Yankee, Anuel AA, and Ozuna; and “Downtown” with Anitta.

Bad Bunny is another Latin Superstar at the forefront of Asian-Latin cultural fusion. The Puerto Rican artist has 10 Latin Grammys nominations this year, and one of them is for his song “Yonaguni” in the category of Best Reggeaton Performance. When the song came out in June 2021, it became an immediate hit, obtaining 17M streams on Spotify and 14M views on YouTube just a couple of days after its release. Now, at 1B Spotify streams, “Yonaguni” has become Bad Bunny’s most streamed song on Spotify.

The track, named after a Japanese island, features a music video starring Bad Bunny as a melancholic anime character walking by cherry blossom trees. While all that was surprising in itself, fans were really taken off guard when they heard the last verse where Bad Bunny sings in Japanese: “I want to have sex today, but only with you. Where are you? Where are you?” The cuteness of the anime reggaetonero stands in contrast to the sexual lyrics, creating one of the most memorable moments of the music video, which has more than 730M YouTube views to date.

Beyond the lyrics, East Asian cultures are often used as inspiration for the visuals of Latin music videos. Anime, in particular, is known for its vibrant colors and surreal settings, character expressions, and looks. “[Anime] proposes something that is like a parallel universe. It’s almost like a fantasy, you know? It’s because of the aesthetic codes, because of the format itself,” Rosalía explained in an interview with Genius. In a similar way, Reggaeton videos tend to be over the top, with bright clothing, bold makeup, and extravagant settings.

Therefore, borrowing East Asian aesthetic elements fits within the visual code of Latin music videos. Such is the case of Shakira and Anuel AA’s music video for “Me Gusta,” which has garnered more than 290K YouTube views since its release in January 2020. The three-minute clip features Anuel making sushi and Shakira wearing wigs and makeup that resemble those of a Geisha, along with cherry blossoms and Japanese magazines.

Multiple Latin artists are collaborating with Asian brands and artists to create East-Asian-inspired songs and dreamlike videos. Last year, J Balvin made a song called “Ten Cuidado” for Pokémon’s 25th-anniversary music album and got his own trading card designed as part of the project. “The concept of the video is a dream. I always wanted to be Ash and now it’s a reality,” J Balvin said in a BTS interview about the “Ten Cuidado” video. “My favorite Pokemon has always been Pikachu, you can see it in the video, he’s my boy.”

The use of East Asian references goes beyond Latin artists being fans of anime; they are making a product that will most likely be of interest to their fanbase. According to Crunchyroll, the world’s largest anime streaming service, multiple Latin American countries are among the top consumers of anime worldwide, including Peru, Colombia, and Ecuador. These countries are also among the top countries worldwide tweeting about K-Pop, along with Mexico, Brazil, Argentina, and Chile. In fact, we don’t have to look much further than BTS’ audience on Instagram to see how important Latin markets are for East Asian exports.

Considering that Latinos consume East Asian media at such a high rate, it’s in Latin artists’ best interest to incorporate that appeal into their own work, and more and more Latin artists are catching on to this trend.

The Future of Asian-Inspired Latin Music

In the last six months, 29-year-old Peruvian singer-songwriter Sebastián Llosa has gone from an Undiscovered artist to a Developing artist exhibiting healthy Career Growth, putting him in the top 1 percent of all Peruvian artists—based on Chartmetric Artist Rank—following his melancholic Pop ballad “Alguien Más.” Released in May 2022, the song went viral on TikTok thanks to K-Pop fans who started using it as the soundtrack of their K-Pop fan edit videos.

The tune describes a one-sided love story that is pushing the lover to find someone else who looks like the person they like. While the lyrics have nothing to do with Asia, nor is the melody similar to that of K-pop, its sentiment resonated with K-Pop lovers. “Alguien Más” now has more than 8M streams on Spotify and 6.4M views on YouTube.

In early October, Llosa announced his new single “Corea” dedicated to all K-Pop fans who made “Alguien Más” go viral. “THE FIRST LATIN AMERICAN ARTIST THAT THINKS ABOUT US,” a K-Pop fan comment with 17K+ likes reads.

A teaser of the Korea-inspired tune says in Spanish, “What time is it in Korea? You might not see my message because over there it’s really late, but I’m already making my bags, I don’t even know how long the trip will take. Wait for me in Korea.” In one day, the snippet garnered more than 220K likes with thousands of comments by K-Pop fans praising the lyrics and sharing their excitement for the full version. Through “Corea,” Llosa is tapping into the strong K-Pop fandom in Spanish-speaking countries, and the Peruvian artist is joining a growing movement to create more Asian-Latin hits.

Whether it’s anime-infused songs like “Baby Otaku” or K-Pop-inspired ballads like “Corea,” it’s clear that both big and small Latin artists are continuing to draw inspiration from the East, and it’s only a matter of time before artists from East Asian markets start to look toward Latin America. 
dhruv Proves the Globalization of Music Can Break New Artists 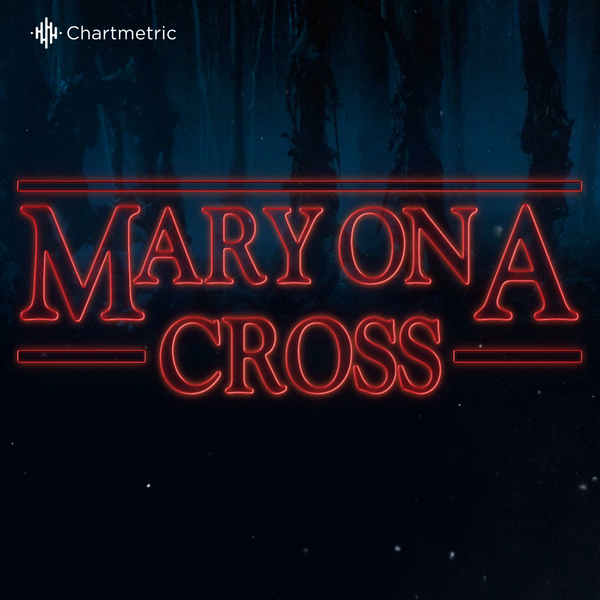