Editor’s Note: As part of our continued effort to maintain awareness of how essential Black talent is to the music industry, Chartmetric is spotlighting great Black artists in the context of what we normally do: nerd out on music, data, and culture.

Here, we turn to the work of beloved figures in the Rap game: Los Angeles’ Nipsey Hussle, Chicago’s Juice WRLD, and Brooklyn’s Pop Smoke. Though their deaths came too soon, data shows that their fans support their legacy long after.

All this money, power, fame and I can’t make you reappear.  — Nipsey Hussle, "Racks in the Middle"

In the past year, the Rap community in particular has endured the heartbreaking losses of several brilliant artists — rappers who were not just gifted musicians but also pillars of their communities and inspirations to many. Though these stars are no longer here with us today, their voices live on through their undeniable talent. In doing our part to honor the impact that these artists had on music, we took a look into their data to demonstrate the lasting legacies of their too-short careers.

Known to fans as Pop Smoke, Bashar Barakah Jackson’s career started in Brooklyn in late 2018. In less than a year, he became the face of Brooklyn Drill, a growing Rap subgenre from New York strongly influenced by UK Drill. His summer smash hit “Welcome to the Party” put Pop firmly on the map and his rapid 14-month progress looked set to grow into a lasting career. He was only 20 years old on Feb. 19, 2020, when several intruders invaded his Hollywood Hills home and fatally shot him.

Since then, there has been an outpouring of grief and love for Pop, including murals in his Brooklyn neighborhood of Canarsie and tributes from prominent collaborators and industry peers Quavo and Lil Tjay. Fans also demonstrated their shock and paid respects via streaming and social media platforms. On the day he passed, his YouTube alone garnered 11.5 million views, and Spotify and Instagram both saw a sudden 10x spike in followers. Pop’s unmistakable impact on his fans and community continued to show in the next few months where, across all platforms, his following either retained the effects of any Feb. 19 spikes or even demonstrated some gradual growth.

This all led up to July 3, 2020, the day his posthumous debut studio album, Shoot for the Stars, Aim for the Moon, was released. As of today, his Instagram has gained 1M followers and his Twitter shot up from 125K to 172K. Yet Pop still made his greatest impact through music, and the streaming data validates this sentiment. Since July 3, Pop has added 1.48M Spotify followers, 28M Spotify Monthly Listeners (MLs), and 180K followers on Soundcloud. His YouTube following has more than doubled from 1.39M to 3.51M subscribers, alongside a staggering growth of 958M channel views.

At first glance, it may seem odd that YouTube channel subscribers would increase after an artist's passing since there aren't any new releases to follow. New fans, however, simply may not have heard the news or just want to mark their new music discovery as something to explore more thoroughly at a later date. There could also be long-time fans in these late subscriptions who see this as a way of keeping Pop’s music or memory alive. Both types of fans may have also just been buoyed by the release of Shoot for the Stars, Aim for the Moon and subscribed in the hopes of more posthumous releases.

Given his position as the once fast-rising star of an entire subgenre, maybe it’s no surprise that his music touched so many people. But what’s for sure is that this album drop really revitalized Pop’s legacy on all platforms, highlighting how well-loved he was and just how much more he had yet to give.

Before Pop Smoke, there was Juice WRLD. Born Jarad Anthony Higgins, he got his start, like many other artists, through Soundcloud. His breakout hit, “Lucid Dreams,” which is now one of the most streamed songs on Spotify, initially helped develop his fanbase and attract industry attention. High-profile collaborations and critical acclaim soon followed as Juice kept on producing hit after hit, from smash single “All Girls Are the Same” to second studio album and Billboard 200 No. 1 “Death Race For Love.” Just like Pop Smoke, Juice quickly became a force to be reckoned with, and the 21-year-old Chicago rapper looked ready, as his name implied, to take on the world. When it was pronounced on Dec. 8, 2019, that Juice had died of what was suspected, and later confirmed, to be an accidental drug overdose, the resulting response of shock and devastation was palpable. Another brilliant and rising rapper was gone far too soon, and fans and artists alike went online to express their sadness.

"I want you to prosper and come proper / Even if that means I ain't by your side." — Juice WRLD, "Smile"

Fans also seemed to express this sadness through their streaming behavior. Juice’s streaming profiles saw some small movement, and his Spotify MLs notably rocketed up 2.5M within the next day. Yet it was still social media that recorded the greatest reaction, with Juice adding 3M Instagram, 11K Facebook, and 174K Twitter followers that same day. For an artist whose social following had only changed daily by the hundreds, these startling figures were a testament to the world takeover career dream Juice had envisioned for himself.

Just like Pop Smoke, numerous industry tributes have kept Juice’s legacy alive, as well as the Live Free 999 Fund his mother established in his honor. The subsequent July 10, 2020, release of his first posthumous album, Legends Never Die, saw a changeover in platform interest, as fans took to music to demonstrate their love and remembrance for Juice as a legend in his own right. His social media channels did see some minor bumps in interest, but the majority of appreciation was expressed via streaming services. With 34M YouTube views on release day alone, by the end of August, Juice’s Spotify MLs peaked at 47.8M. His Soundcloud today is up by 200K at 1.8M, and his YouTube subscribers and channel views have grown 30 percent and 40 percent to 7M and 2.41B, respectively.

Unsurprisingly, the data reflects what we all should — and many did — already know: Juice was a revolutionary artist whose Emo Rap legacy still shines deservedly bright.

Nipsey Hussle, full name Emias Joseph Ashgedom, was as well known for his mixtapes as he was for his entrepreneurship and community activism. From local success with his first drop Slauson Boy Volume 1 to nationwide fame with his Grammy-nominated first and only studio album Victory Lap, he was always creating, experimenting, and giving back to the best of his brilliant talents. Yet on March 31, 2019, Nipsey’s life was tragically taken when he was murdered by an old acquaintance.

As well-loved by his Crenshaw neighborhood as Pop was in Canarsie and as well-respected by his fellow rappers as Juice was, Nipsey was a significant influence to many through both his music and also his dedication to helping others. His passing was mourned by everyone from his family and close friends, including YG and Snoop Dogg, to his latest fans and followers, and they all displayed their sorrow and admiration in various forms. Murals popped up all around Los Angeles and the intersection near his Marathon Clothing store was renamed in his honor. Many paid tribute to him at the 2020 Grammys, and his legacy continues to live on in pop culture references, song dedications, and a to-be-released Ava DuVernay Netflix documentary.

In terms of streaming and social media, Nipsey experienced skyrocketing figures across all platforms. Considering his last release was in February 2018, it made sense that since then his following had largely been growing daily by the hundreds and low thousands. Yet just on the day of his passing, Nipsey added 1.3M Spotify MLs, 60K Spotify followers, 483K Instagram followers, and 69K Twitter followers; his Wikipedia alone attracted 3.4M views. Despite not having any posthumous releases, all of his profiles have since, for the most part, sustained these dramatic increases in his followings. His Spotify, Instagram, and Twitter followers now number nearly triple (1.7M), exactly double (5.8M), and almost a third (932K) more, respectively, than before his passing. While Spotify MLs did drop, his current 3.6M listeners is still a 60 percent increase compared to before March 31.

Though his career kicked off earlier than both Pop’s and Juice’s, it still feels no less cut short. Nipsey undoubtedly touched the hearts and ears of many, and the data only serves to highlight his legacy and reinforce his importance in the Black American Hip-Hop canon.

Only the Forgotten Are Truly Dead

The point of highlighting these numbers is not simply to show how an artist’s catalog can continue to thrive after their passing. This data also brings to light the sad fact that we've lost too many artists — especially promising Black artists — too soon.

Pop, Juice, and Nipsey were all trailblazers in their own right and each turned to music as a way to lift themselves — and others — to greater heights. By presenting these figures here, perhaps the data can help to objectively illustrate just how deeply respected and uniquely inspiring these Black artists were and continue to be. In the meantime, fans and loved ones can still find solace in the legacies of Pop Smoke, Juice WRLD, Nipsey Hussle, and the many others who have passed ahead of their time.

Subscribe to Beats & Bytes for more music industry trends, and share your own insights with us on our socials. 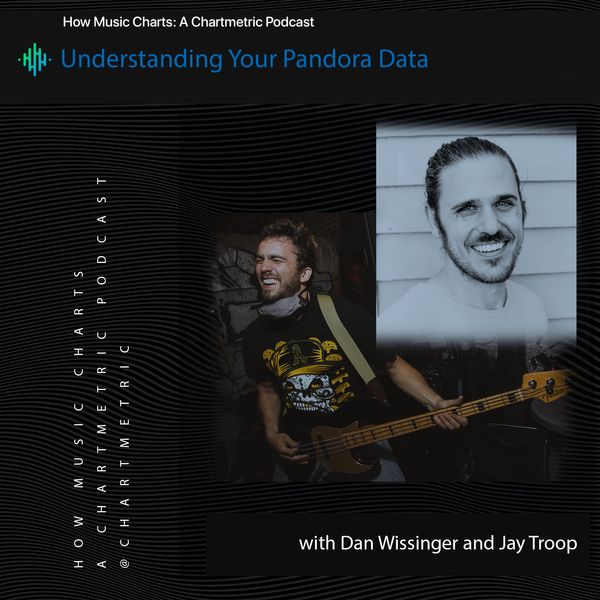 On this episode of How Music Charts, we chat with Pandora's Dan Wissinger and Jay Troop about what Pandora is, why it matters, and how you can leverage your Pandora data. 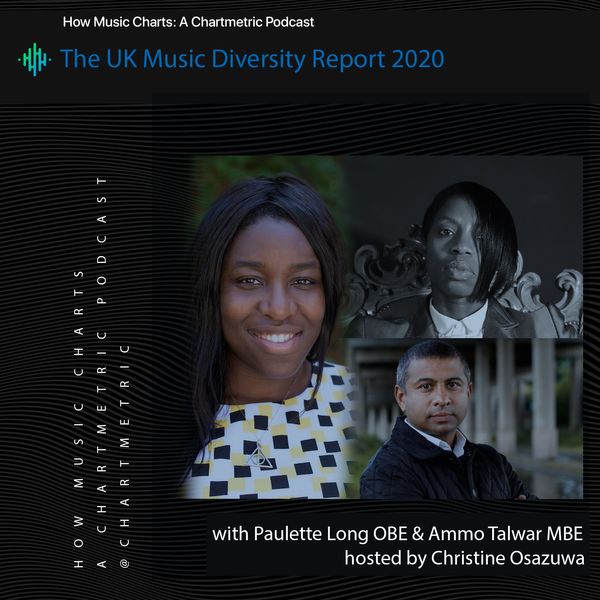