On this episode, we talk to Pulitzer Prize-winning investigative journalist Ian Urbina about the course he's charting for The Outlaw Ocean Music Project as he navigates the choppy waters of the music business.

Ian Urbina is the director of The Outlaw Ocean Project, a non-profit journalism organization based in Washington, D.C., that produces investigative stories about human rights, environment, and labor concerns on the open seas.

Urbina's reporting has earned him a Pulitzer Prize for Breaking News and a George Polk Award for Foreign Reporting. He's also been nominated for an Emmy Award, and several of his stories have been adapted into major feature films. Before joining The New York Times, Urbina was a Fulbright Fellow in Cuba, and he also wrote about the Middle East and Africa for various outlets including the Los Angeles Times, Harper’s, and Vanity Fair.

On this episode, we talk to Urbina about The Outlaw Ocean Music Project, an offshoot of The Outlaw Ocean Project that's "[a]imed at people who might not otherwise have encountered this reporting." According to the project's website, "[T]he music renders stories more viscerally, and delivers them to the public through different channels. The music project’s goal is to raise awareness and stoke a sense of urgency about the human rights, labor, and environmental abuses that occur at sea.”

As a self-described music industry novice, Urbina probably never expected to have to navigate such choppy waters once he set sail into the music business. In December 2021, Benn Jordan, who is also known as electronic composer The Flashbulb, uploaded a video that raised some misgivings he had about the Outlaw Ocean Music Project (to which he was invited to contribute but never actually a part of). That, in turn, led to a small social media firestorm and various articles published about the dispute.

Jordan's mindset is totally understandable, because people and companies have long exploited the naivety and powerlessness of artists. Some common examples that artists experience:

Artists and musicians who have been at it for a while, like Jordan, recognize these schemes as “scams.” They’re not illegal, but they’re knowingly exploitative.

Unfortunately for Urbina, Jordan's frustration found an outlet in The Outlaw Ocean Music Project, diverting from what Urbina originally wanted the project to bring attention to. Regardless where you come down on this debate, we tried to ensure that our conversation with Urbina was as transparent, nuanced, and fair as possible. If nothing else, it's a lesson in how thorny the brambles of the walled garden of the music industry are. Hopefully, it's also an exercise in how to have civilized discourse and debate, leaving room for growth for all perspectives.

Listen to Navigating the Music Business With The Outlaw Ocean Project's Ian Urbina on all platforms here. 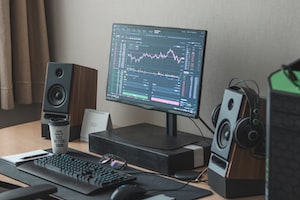 
How to Invest in Music: What the Music Industry Can Learn From Finance