With the release of Netflix's Stranger Things Season 4, Kate Bush's '80s hit "Running Up That Hill" gets a new wind. We take a look at the data here.

"Every female you see at a piano is either Lynsey de Paul or Carole King. And most male music – not all of it but the good stuff – really lays it on you. It really puts you against the wall and that's what I like to do. I'd like my music to intrude. Not many females succeed with that." - Kate Bush, speaking to Melody Maker magazine in 1977.

If you’ve either been a fan of 1970s/80s British avant-garde pop music, or binge-watched Netflix smash series Stranger Things debut this past weekend (May 27, 2022), you’re now well into Kate Bush’s track “Running Up That Hill (A Deal With God)”, which for the sake of spoilers, we’ll just say it plays a major part somewhere in the latest fourth season. It’s been well-documented how essential music synchronization has been to the Netflix show, in terms of how it amplifies the storytelling, and has a life of its own out in the music streaming world.

The original soundtracks and official playlists have done a brilliant job of spreading the show’s brand in more ways than one, but what can we say about what the Netflix machine will do for the artist herself?

Since we’re still in the middle of the hype, it’s hard to say, but here’s how the track “Running Up That Hill (A Deal With God)” (released 1984) is doing this week:

Depending on the platform, Bush’s track saw increases of up to 400x on daily Shazams, 220x on SoundCloud daily streams, 80x on YouTube, and virtually an infinite daily increase (going from one or two daily to 54K+) of TikToks made to the track. What’s even more special is the cross-platform success: yes, she’s topping Spotify and Apple Music charts as well, but it’s happening everywhere, which at Chartmetric, we’ve always viewed as a genuine indicator of meaningful success.

Usually, a well-executed campaign on a streaming or social media platform, or maybe a combination of the two (e.g., Instagram campaign leading into a Spotify playlist), will do great on the involved platforms. But since Netflix is driving the global behavior, we’re all witnessing third-party platforms react to it, and apparently all these users also watch Stranger Things as well.

The last time we discussed fantastic success from a Netflix sync was when we celebrated US-based singer-songwriter Ashe and her success from her ballad “Moral of the Story”, when it accompanied a down-trodden Lara Jean walking down her school’s hallway after (spoiler alert) her character broke up with her boyfriend, in Netflix’s To All the Boys: P.S. I Still Love You, which released in Feb 2020.

Every artist’s career goals are different, but by looking at a two important signals like Ashe’s Instagram and Spotify Monthly Listeners ever since the Feb 2020 Netflix sync, Ashe never returned to her pre-Netflix levels. Surely, it’s up to her and her team to continue to put out great work, but it’s hard to argue that Netflix didn’t give her a spotlight that her team was ready for.

A Glorious Introduction to a New Generation

When it comes to the new Netflix music darling- in the form of a 1980s British artist- Kate Bush has all the signs of following in Ashe’s footsteps. After “Running Up That Hill (A Deal With God)” played into a Stranger Things character’s headphones (ironically, also walking down a school hallway), and later played a vital role in the narrative, TikTok users shared the track over 225K times (to date of writing), frequently communicating the emotional trip they were taken on.

Similar to Ashe’s Netflix rise, Bush is seeing her Spotify Monthly Listener count rise, gaining more than 1.2M in one day, when only the week prior, it was in a slow negative descent. Bush’s YouTube Daily Video Views, previously hovering in the 130-140K range, last registered at 3.7M+ in one day.

One difference is Bush’s Instagram Follower count already showing a lower daily change, after last peaking at 3.6K on May 30th. Factors like her main fanbase being older than the average Instagram user (generally 25-34), and also Bush not releasing a new album since 2011 probably contribute to this difference.

Taking a quick peek at the Instagram audiences of the official Instagram accounts of To All the Boys and Ashe, it’s clear that on both, majority female audiences between the ages of 13-34 reign supreme. There’s such as strong demographic match that it’s no wonder Ashe’s Instagram base grew so much.

As for Kate Bush’s Instagram following, it’s majority male and showing more fans in the 25-64 range. The official Stranger Things Instagram account is really more close to To All the Boys and Ashe’s, so the Instagram audience crossover isn’t exactly ideal for Bush...but unless Bush and her team are planning an Instagram campaign soon...who cares?! Not all data will be relevant: it all depends on your career stage and current goals. One could convincingly argue Bush is expanding to a whole new audience.

But in terms of benefitting the track itself, as well as curious Netflix users seeking out other gems from her decades-deep catalog, the sync is obviously such a positive outcome for Bush. It will improve her streaming revenue market share for some time, without a doubt.

And from a humanistic point of view, it must feel great for an artist to find a new generation of fans that connect with her work. Not that such a full career needed it, but it’s one of the beautiful moments that today’s hyperconnected digital world provides for us occasionally.

Until the next Netflix sync for the next lucky artist, artists like Kate Bush can rest assured that there will always be those fans finding the deep cuts in the music world that spread knowledge of fantastic music. 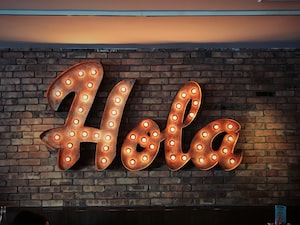 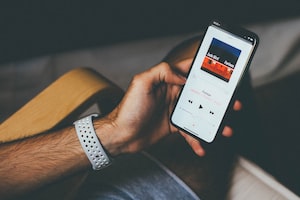