As technological advancements continue to meld man and machine, a new reality is setting in for the music industry: the rise of AI and VR artists and the inevitable tension between machine-generated art and human-generated art.

AI, short for artificial intelligence, refers to a simulation of human intelligence in machines, and VR, short for virtual reality, refers to a simulated 3D reality that enables users to explore and interact with virtual surroundings. In the past few years, music companies and artists have increasingly explored both technologies, in varying degrees, for creative and marketing purposes. As a result, we refer to any project or artist that uses a variety of these technologies as a virtual artist. To explore the ways in which these virtual artists are acquiring audiences and engagement, and what that means for the future of music industry and artistry.

It’s important to note that the concept of a virtual artist is by no means unique to the 21st century. In 1998, Blur's Damon Albarn and visual artist Jamie Hewlett debuted Gorillaz, an Art-Pop/Trip-Hop four-piece composed visually of animated members and musically of Albarn and other human collaborators like Danger Mouse and Simon Tong.

To date, no virtual artists have had quite the same success that Gorillaz have had in the last 20 years, but part of that may have something to do with Albarn's already established stature in the music industry. The new generation of virtual artists are, for the most part, starting fresh.

Generated in 2016 as an aspiring Instagram influencer, Miquela has since started to release music and sign brand deals. With a follower count of 3M+, Pacsun saw a unique opportunity to make Miquela the face of the beach lifestyle brand. While she's been described in the press as an AI artist, the singer herself does not actually involve any AI or robotics, just a mix of computer motion graphics and captions formulated by a digital marketing team. That said, the virtual artist's music does employ AI audio tools, which scan millions of genre-similar tracks to identify and produce sound replications. Despite a healthy amount of streams on tracks like "Money" and "Sims," Miquela's audience seems to be stagnant, if not in decline altogether, which is in stark contrast to similar, non-virtual artist Frawley.

Although Miquela's Instagram following is much larger than Frawley's, the virtual artist experienced a significant loss in January 2022, meaning she's only gained 9.3K net followers from September 2021 to September 2022, and she's lost almost 80K followers in 2022. Frawley, on the other hand, started at a much lower follower count, increasing her Instagram fanbase by 93 percent and bringing her current follower count to 120K. A similar story plays out with both artists' Spotify Monthly Listeners.

Since September 2021, Miquela has experienced a 19 percent loss in Spotify Monthly Listeners despite dropping new music, while Frawley experienced growth of more than 1K percent following her recent hit “If I Don’t Laugh I’ll Cry.” To be sure, there are dozens of variables at play here, all of which come together to determine whether an artist's stats — virtual or otherwise — will increase or not. However, this comparison does raise the question: Is there something about a non-virtual artist that engenders a more meaningful audience connection?

Still, prior to parting ways with Capitol, Meka collaborated with Gunna on the track "Florida Water," which netted the virtual artist 617K Spotify Monthly Listeners and 34.3K Instagram followers in a matter of weeks. Since the track was removed from streaming services, those stats have started to flatline.

Many critics have noted similarities between non-virtual artist Tekashi 6ix9ine and Meka in terms of image, personality, and penchant for controversy, so it would come as a big surprise if Meka's stats didn't follow a pattern similar to 6ix9ine's. 6ix9ine really rose to fame in 2017, but his celebrity feuds and legal issues have led to a more than 50 percent drop in Spotify Monthly Listeners and a loss of 2M Instagram followers. So, while FN Meka might have just started his music career, the prospect of it growing seems unlikely.

With four human members and four virtual members, breakthrough K-Pop group aespa blurs the line between virtual and reality. While many artists have created virtual versions of themselves (e.g., Ariana Grande and Travis Scott in Fortnite), aespa have become one of the first to fully incorporate their avatars as actual band members separate to themselves. ​​

In 2019, a similar K-Pop group called TREASURE debuted just a few months before AESPA, and both groups currently sit very close to one another in terms of Chartmetric Artist Score. However, aespa has already overtaken TREASURE in several categories including Spotify Monthly Listeners, Instagram followers, and TikTok likes. It’s certainly possible that aespa’s hybrid nature has provided fans with unique ways to interact in online environments, allowing them to better succeed on platforms like Instagram and TikTok.

Virtual Artists as Collaborators, Not Competitors

With Miquela, FN Meka, and aespa, we've examined three recent models of virtual artistry, one of which should serve as a reminder of the care with which virtual artists should be developed by their human creators. For Miquela and aespa, there's another lesson to be learned: human connection still matters.

Virtual artists are likely to have a hard time growing and maintaining their audiences, because listeners want to see at least some part of themselves in the artists they listen to, and that's hard to do if an artist isn't actually human. However, that doesn't mean virtual artists can't work together with real artists, and if aespa is any indication, the two working in tandem might create far more success than virtual and non-virtual artists working alone. It's part of the reason Gorillaz have been so successful despite their virtual make-up: Audiences already knew Damon Albarn from Blur, and humans are integral to their live performances.

Like any nascent music industry trend, only time will tell how virtual artist success will develop. Regardless, AI and VR technologies are continually proving their usefulness in a myriad of ways. Big artists like Toro Y Moi, Arca, and Holly Herndon are using AI to push creative boundaries, and who could forget about the recent explosion of VR concert opportunities within the gaming metaverse? Though the experiences offered by these technologies may not be as organic or intimate compared to those in real life, there's no denying their potential for breaking down industry barriers and amplifying artist-to-fan experiences in ways we never thought possible. 
The Bizarrap Bump: Latin Artists Are Blowing Up After BZRP Sessions 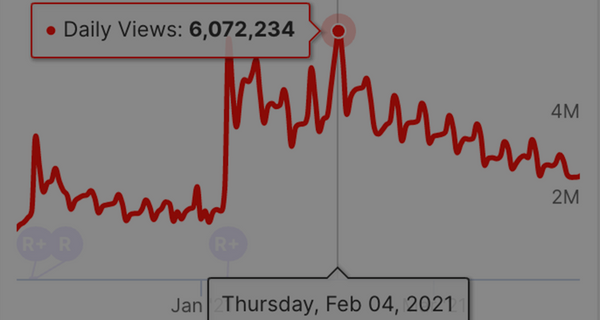 The Cost of Controversy: Do Cancelled Artists Face Consequences on Social and Streaming Platforms?